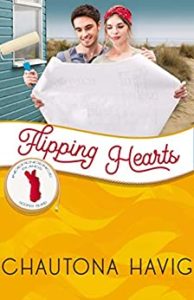 Is she intentionally flipping hearts or houses?

When a hurricane rips through Hooper Island, a tidal wave of TV crews follows and upsets the locals.

Brooks Crawforth agreed to volunteer crews helping to clean up and repair things on the island, not a whole home and garden series on the total renovation of several houses and a bit of cleanup on the side. He’s furious, and the show host is spitting nails at the person who blew it in the first place.

His and his father’s jobs are in jeopardy, the islanders are about to kill him, and that crazy show host blames him for her assistant’s last-minute, “you’ve-got-to-sign-this-now-or-we-can’t-come” contract.

One more thing. Did she have to be so cute?

He’s got even more trouble, though. Islanders are starting to blame Mallory Barrows for the invasion. Not only that, there are rumors of dismantling the association and allowing tourism on the islands. How’s he supposed to fix this mess?

They can’t stand each other, but if they can manage to flip off the enemy switch and flip on some cooperation, maybe their hearts’ll get flipped, too.

This “enemies to romance” novel introduces the next island in the Independence Islands Series featuring five islands, six authors, and a boatload of happily-ever-afters. 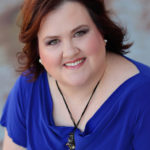 Clever, charming, complicated and entirely enjoyable!  The “Independence Island” series are wonderfully engrossing and thoughtful reads – each so special with well-crafted characters and lovely locales.  “Beach reads” are a favorite of mine anytime, and this first in the Hooper Island series is an amazing opener. This author’s work is always spot-on with a deeper message of true faith and love; this one will keep you pondering and remembering long after the last page.  Highly recommended, for you to keep and gift!

How I Almost Missed This Important Life Lesson

He annoyed her. The guy was bossy, demanding, rude, and unwilling to admit fault—mostly. Truth be told, she was pretty much the same. Two people with similar faults. The relationship would never happen.

Now what was I supposed to do?

Without any idea how I’d take two near enemies and turn them into a couple, I kept writing the primary story—the one that was supposed to bring them together. The one that would have driven me far, far away from a guy like Brooks.

Right about the time I thought about that is when Bailey had her revelation. “He likes me.”

I nearly did a spit take. I mean, where did that come from? Why would he like someone who hadn’t bothered to be likeable?

It took until after the story’s climax for me to realize that Brooks really did like Bailey for who she was—and vice versa. Only after all that tension diffused and their distrust had been smashed to smithereens were Bailey and Brooks able to examine everything. Only after that was I able to realize a truth I hadn’t expected to learn.

People fall in love with people they argue with.

People in love argue. See, my husband and I don’t do that. We don’t argue. Ever. Do we agree on every little thing? No. We just don’t argue about it.

Look, it’s not like I’ve never written people who argue. I do. But Never have I looked at a fictional relationship, seen that it would produce the kind fireworks that Bailey and Brooks will, and thought, “Oh, they’re perfect for each other.”

Because see… if I were Bailey, I’d run. Fast. Conflict is a natural part of life and relationships, and I’m not so naïve as to think it’ll never occur. But entering a relationship knowing it’ll be a regular occurrence? Unthinkable!

So as I pondered all this during those last pages of the book, something hit me.

Jesus enters a rocky relationship with us. Willingly.Click To Tweet

Don’t believe me? Think about it. Jesus knew, before He ever spoke light into existence, that His bride would blame Him for… pretty much everything. He knew she’d get him brutally murdered. He knew she’d rail at Him, spit at Him, abandon Him, cheat on Him, and even after forgiveness… she’d do it all over again the next day.

Even knowing all that… He still whispers to our hearts, “Be Mine. I love you.”

If that’s not the most beautiful, unbelievable, amazing thing, I don’t know what is.

It’s probably one of the most important life lessons I’ll ever learn. People choose to be in relationships with people they know they’ll argue with—people who will hurt them, annoy them, demand things of them. And the greatest example of One who does it so beautifully is Jesus. Because see… Jesus entered that relationship with me, knowing I’d be that person. Humbling, yeah. Important life lesson? Most definitely. 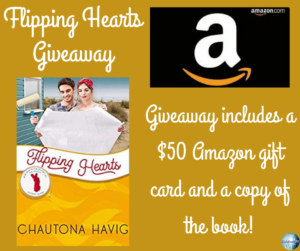 To celebrate her tour, Chautona is giving away the grand prize package of $50 Amazon gift card and a copy of the book!!

For Him and My Family, August 26

Because I said so — and other adventures in Parenting, August 30

The Meanderings of a Bookworm, September 1

She Lives To Read, September 5