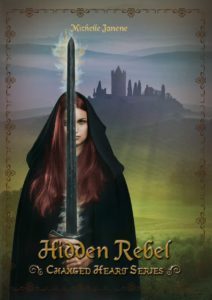 Is a hidden rebel lurking in the castle? A disguised warrior on a mission to save a dying kingdom, but God has more planned.

Aria has left home with one goal. Find the weapon used to defeat the horde of the Black Knight and save what remains of her kingdom.

But things are not going as planned.

Disguised as a male knight, she saves the young prince of the neighboring kingdom, and tales of her fighting prowess spread like a raging fire. Now, within the castle walls of a foreign kingdom, a young girl masquerading as her page serves as her only confidant. But the widower king and his enemies are taking notice of her. The legendary weapon, however, is nowhere to be found.

What is God doing?

Aria needs to save her home without losing her heart. 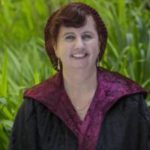 Michelle Janene lives and works in Northern California, though most days she blissfully exists in the medieval creations of her mind. She is a devoted teacher, a dysfunctional housekeeper, and a dedicated writer. She released her first novella Mission: Mistaken Identity in the fall of 2015, God’s Rebel in 2016, Rebel’s Son in 2017, and has been published in several anthologies. She leads two critique groups and is the founder of Strong Tower Press—Indie solutions for indie authors.

A highly enjoyable tale!  Written in a smooth and pleasurable style that keeps the reader fully engaged in the developing story.  The author takes great care to maintain the integrity of the medieval era while creating truly remarkable characters.  I am especially drawn to faithful female characters and Hidden Rebel’s Ari is one of my favorites!  Very beautifully written!  The new to me author has designed a memorable fantasy tale that encourages the reader to look forward to more and more!  Well done and highly recommended!  Enjoy! 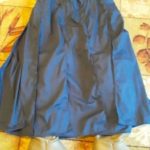 The main character of Hidden Rebel is a princess who is also a warrior. She needed to move between court and the battlefield with minimal issues. Aria also took the verse that women should not dress as men seriously. I wrote about a fighting skirt for her.

It appeared to be a pleated skirt with several long panels. Those panels weren’t sewn together other than at her hips. When Aria moved it was clear the skirt panels where over tight trousers and tall boots. 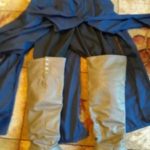 I thought about the skirt so much I created my own. I have worn it to local Renaissance Faires. 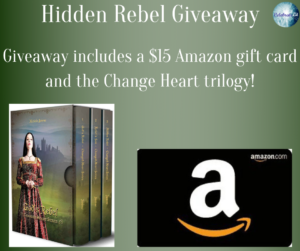 To celebrate her tour, Michelle is giving away a $15 Amazon gift card and the entire trilogy on eBook!!

Through the Fire Blogs, November 20

Adventures of a Travelers Wife, November 25

A Good Book and Cup of Tea, November 27

Inside the Wong Mind, November 27