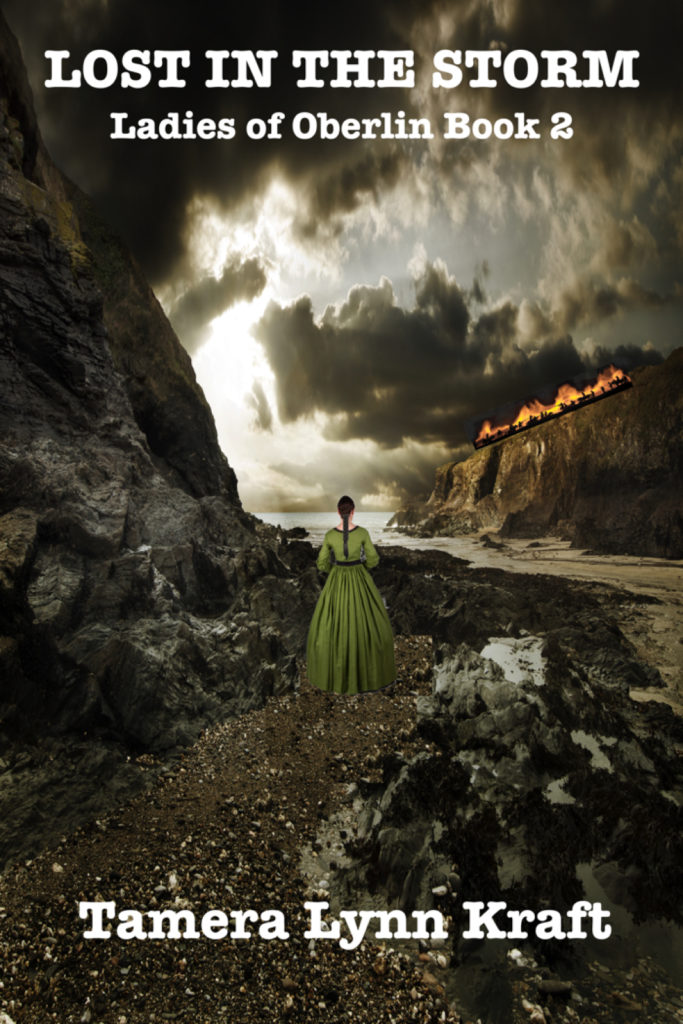 Will war bring them love or will they be Lost in the Storm?

Lavena, a journalist during the Civil War, wants to become a war correspondent. She finally gets her chance, but there’s a catch. She has to get an interview from a war hero who has refused to tell his story to every other journalist, and she has to accomplish this impossible task in a month or she’ll lose her job.

Captain Cage, the war hero, has a secret that will destroy his military career and reputation. Now, a new journalist is trying to get him to tell what he’s been hiding. He wants to ignore her, but from the moment she came into camp, he can’t get her out of his mind.

Leading up to the turbulent battles for the city of Chattanooga, will Lavena and Cage find the courage to love and forgive, or will they be swept away by their past mistakes that don’t want to stay buried?

Meet the Ladies of Oberlin, the causes they’re willing to fight for, and the men who capture their hearts.

Available in eBook and paperback at Mt Zion Ridge Press, Amazon, Barnes and Noble, and other online retailers.

Other Books in the Series:

Forks in the Road (to be released in October 2019): This novel is a Western that tells the story of what happened to Jed and his brothers. Jed is one of the characters in Lost in the Storm.

Soldier’s Heart: This is the story of a minor character in Lost in the Storm who comes home from the war with PTSD.

Very nicely written and thoroughly engaging.  Lost in the Storm immerses the reader in an extraordinary Civil War era drama and pathos as the story unfolds seamlessly with well-crafted detail. This novel deftly explores the heart-wrenching choices and decisions of those who endured this often-tragic period of U.S. history.

The Ladies of Oberlin series is one of my favorites – I am a long-time proponent of strong, independent, intelligent, resourceful and yet feminine women!  Tamera Lynn Kraft has developed an amazing variety of female protagonists – I applaud each one!

Lost in the Storm is one I highly recommend and I am grateful for the opportunity to read and share this literary gem! 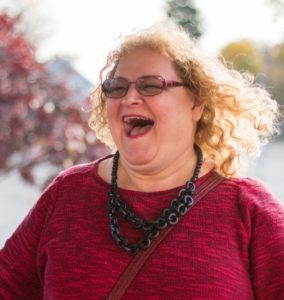 Award winning author Tamera Lynn Kraft has always loved adventures. She loves to write historical fiction set in the United States because there are so many stories in American history. There are strong elements of faith, romance, suspense and adventure in her stories. Some of the novels she has written are Red Sky Over America, Alice’s Notions, and Lost in the Storm. You can check Tamera out on her website at http://tameralynnkraft.net.

Tamera has been married for 40 years to the love of her life, Rick, and has two married adult children and three grandchildren. She has been a children’s pastor for over 20 years. She is the leader of a ministry called Revival Fire for Kids where she mentors other children’s leaders, teaches workshops, and is a children’s ministry consultant and children’s evangelist and has written children’s church curriculum. She is a recipient of the 2007 National Children’s Leaders Association Shepherd’s Cup for lifetime achievement in children’s ministry.

What would you say has been the most rewarding part of writing?

Every story I tell has a theme that shows God working throughout history. I love researching historical events and seeing how God has weaved Himself throughout our nation’s history. I love when someone reads one of my stories and gets that.

My faith permeates through everything I write because it’s a major part of who I am. Even when I don’t write something “Christian”, my faith still shines through the pages.

What made you decide to become a writer?

I have always loved to write. I remember writing my first novel when I was ten years old. It was awful. I think what sparked my love for books was my grandmother. She only had an 8th grade education and was a coal miner’s wife, but she loved to read. I remember sitting on her lap in her rocker and her reading great novels like Black Beauty to me.

In high school, I took all the English and literature classes I could to prepare for my career in writing. I even major in English in college in preparation of being a writer.

At some point in my twenties, my writing career was put on hold for decades. Between raising children and becoming a children’s pastor on staff at my church, there just wasn’t time. I still couldn’t keep from writing. I would write children’s church curriculum and puppet skits for my lessons. Some of it even got published.

My writing career is back on track and moving along. I feel like God has brought me full circle. I put Him first in raising my children and ministering to other children, and He is fulfilling the desires of my heart by opening up doors for me to write again.

Where do you get your ideas for your books? How did you decide to write Lost in the Storm or the Ladies of Oberlin Series?

I get my ideas from historical events. I love studying history. When I read about an event in history, I wonder what it would have been like for the people living during that time.

The way the Ladies of Oberlin Series began was when I thought about writing about strong Christian women in the 19th century. The more I researched, the more I noticed almost every women I read about had a connection with Oberlin College. That intrigued me enough to research Oberlin. What I found astonished me.

Oberlin College was the first college to give degrees to men, women, and blacks before the Civil War. Almost every missionary who went overseas between 1860 and 1900 was a graduate of Oberlin College. Oberlin’s president was the fiery Second Great Awakening evangelist Charles Finney. Oberlin graduates were involved in abolition, women’s suffrage, prohibition, education, laws protecting children, and many other causes of the late 1800s.

I knew I wanted to write stories about women who graduated from Oberlin shortly before the Civil War. The first novel, Red Sky Over America, is about America Leighton the year before she graduated. She went home to Kentucky to try to convince her father to free his slaves. In the second novel, Lost in the Storm, Lavena Falcon is a woman’s rights activist and a journalist during the Civil War and wants to be a war correspondent. In the third novel, The Aftermath, which will be released in 2021, Betsy Teagan fights for prohibition after the war. Each lady has a love interest to keep things interesting.

What advice/tips do you have for budding authors who are just starting out?

Don’t give up too early. It takes years to get to a point where your writing is good enough to be published. Don’t let anyone tell you otherwise. If you work hard, continue to improve, and don’t let discouragement stop you, you’ll make it. I’ve always believed that the published authors are not the ones who are the greatest or who have the most potential. They’re the ones who work hard and persevere.

What are your future plans?

I am currently writing the first of a series of novels about women who came to Jamestown in 1619 to marry. The series is called Jamestown Brides, and the first novel is The Seasoning of Elizabella.

Catch up and keep up with Tamera here:  Tamera’s blog