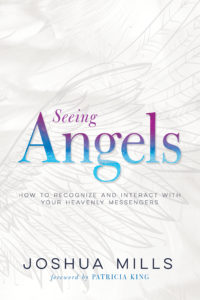 A recent study found that 57 percent of Catholics, 66 percent of Evangelical Protestants, and 10 percent of Jews have reported having a personal experience with a guardian angel. And 20 percent of those who identified themselves as having no religion also claimed having encountered an angel.

Seeing Angels is one of the most in depth examinations of angelic ministry by one of the cutting-edge charismatic leaders in the church today. Joshua Mills goes beyond the usual takes on angels regarding spiritual warfare and explores who they are, how to recognize them, and what they do.

With a foreword by Patricia King, Seeing Angels is among the most comprehensive teachings on recognizing angelic beings and understanding how to partner with them in ministry. 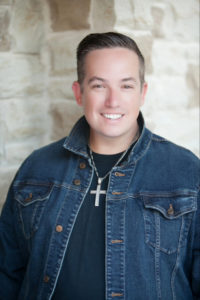 Joshua Mills is an internationally recognized ordained minister of the gospel, as well as a recording artist, keynote conference speaker, and author of more than twenty books and spiritual training manuals. His most recent book with Whitaker House was Moving in Glory Realms. He is well known for his unique insights into the glory realm, prophetic sound, and the supernatural atmosphere that he carries. For more than twenty years, he has helped people discover the life-shifting truth of salvation, healing, and deliverance for spirit, soul and body. Joshua and his wife, Janet, cofounded International Glory Ministries, and have ministered on six continents in over seventy-five nations around the world. Featured in several film documentaries and print articles, including Charisma and Worship Leader Magazine, together, they have ministered to millions around the world through radio, television, and online webcasts, including appearances on TBN, Daystar, GodTV, It’s Supernatural! with Sid Roth, 100 Huntley Street, and Everlasting Love with Patricia King. Their ministry is located in both Palm Springs, California, and London, Ontario, Canada, where they live with their three children: Lincoln, Liberty, and Legacy.

Comprehensive, detailed, well-organized and quite fascinating.  This one initially brought out my inner-skeptic although perhaps it is because so much of this is way beyond my own life experience.  Throughout the book are myriad Scripture references to be individually read and further studied.  This is a rich text, one that takes well-deserved time and consideration.  The personal testimonies are particularly memorable.  This book could be considered an invaluable resource in the study of angels and various types of ministry. Seeing Angels is certainly eye and heart-opening. Enjoy!

Angels are a hot topic. A 2007 Baylor Religion Survey found that 57 percent of Catholics, 81 percent of black Protestants, 66 percent of Evangelical Protestants, and 10 percent of Jews reported having a personal experience with a guardian angel. And 20 percent of those who identified themselves as having no religion also claimed having encountered an angel. 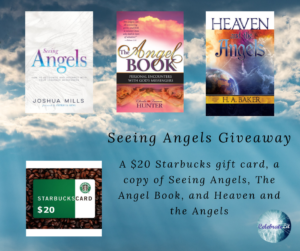 To celebrate his tour, Joshua is giving away a grand prize package of a $20 Starbucks gift card, copy of SEEING ANGELS, copy of Heaven and Angels by H.A. and copy of A Divine Revelation of Angels by Mary K. Baxter!!

Through the Fire Blogs, September 13

Spoken from the Heart, September 17

For The Love of Books , September 17