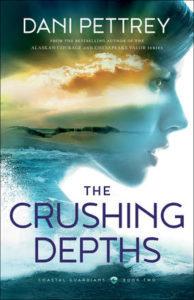 The crushing depths reveal so much.
They know the power and peril of the ocean.
But as they get closer to the deadly truth…
An even greater danger lurks just beneath the surface.

When an accident claims the life of an oil-rig worker on the first drilling platform off the North Carolina coast, Coast Guard investigators Rissi Dawson and Mason Rogers are sent to take the case. Tensions surrounding the oil rig are high and the death has everyone on edge. Environmental activists are threatening to do whatever it takes to stop the structure from being completed, while rumors are being whispered about ancient curses surrounding this part of the ocean.

Mounting evidence shows the death may not have been an accident at all. Was he killed by one of the activists or, perhaps more frighteningly, a member of his own crew? Rissi and Mason have to sort through not only a plethora of suspects, but also their own past and attraction to each other.

Just as the case seems like it’ll break open, worse news arrives. A tropical storm has turned their way and soon they’re cut off from any rescue–and right where the killer wants them. It’s a race to discover his identity before he eliminates the threat they pose. 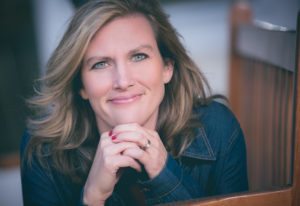 Praised by New York Times best-selling author Dee Henderson as “a name to look for in romantic suspense,” Dani Pettrey has sold more than half a million copies of her novels to readers eagerly awaiting the next release. Dani combines the page-turning adrenaline of a thriller with the chemistry and happy-ever-after of a romance. Her novels stand out for their “wicked pace, snappy dialogue, and likable characters” (Publishers Weekly), “gripping storyline[s],” (RT Book Reviews), and “sizzling undercurrent of romance” (USA Today). She researches murder and mayhem from her home in Maryland, where she lives with her husband. Their two daughters, a son-in-law, and two adorable grandsons also reside in Maryland. For more information about her novels, visit www.danipettrey.com

A keeps-you-riveted story filled with intrigue, fisticuffs, vengeance, suspense, faith, flirtation and sweet romance. This one has it all, and is so well-written you’ll be hard-pressed to put it down! A variety of well-crafted characters interact on and off their high-pressure jobs in a lovely seaside setting.  This author is a master of this genre – she knows her stuff and delivers extraordinarily well!  I highly recommend this novel – enjoy! 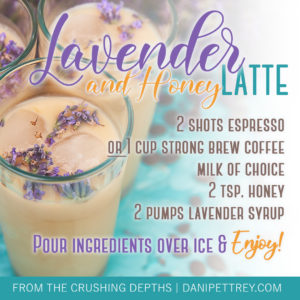 Enjoy this special recipe for a Lavender and Honey Latte that makes a special appearance in my book! 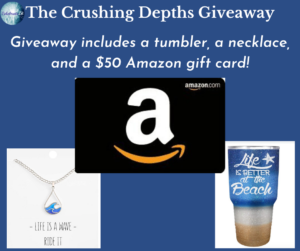 To celebrate her tour, Dani is giving away the grand prize package of a necklace, tumbler and a $50 Amazon gift card!!

Where Faith and Books Meet, August 12

Because I said so — and other adventures in Parenting, August 14

Through the Fire Blogs, August 15

Inside the Wong Mind, August 20

Spoken from the Heart, August 23

Lights in a Dark World, August 25