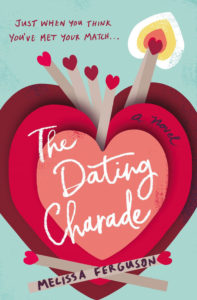 In an attempt to avoid the dating charade, Cassie Everson is an expert at escaping bad first dates. And, after years of meeting, greeting, and running from the men who try to woo her, Cassie is almost ready to retire her hopes for a husband—and children—altogether.

But fate has other plans, and Cassie’s online dating profile catches the eye of firefighter Jett Bentley. In Jett’s memory, Cassie Everson is the unreachable girl-of-legend from their high school days. Nervously, he messages her, setting off a chain of events that forces a reluctant Cassie back into the dating game.

No one is more surprised than Cassie when her first date with Jett is a knockout. But when they both go home and find three children dropped in their laps—each—they independently decide to do the right and mature thing: hide the kids from each other while sorting it all out. What could go wrong?

Melissa Ferguson’s hilarious and warmhearted debut reminds us that love can come in very small packages—and that sometimes our best-laid plans aren’t nearly as rewarding and fun as the surprises that come our way. 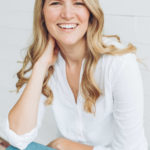 Melissa Ferguson lives in Bristol, Tennessee, where she is an adjunct professor at King University and pens books that make her laugh and grow. She used to have hobbies like running and backpacking the Appalachian Trail outside her door. Now she and her husband are outnumbered, and her hobbies include diaper changes, chasing toddlers in parking lots, and admiring the Appalachian Trail out her minivan window while singing “Winnie the Pooh.” She survives by Jesus, rom coms, and roughly two espresso shots a day. The Dating Charade is her first novel.

A clever and touching story filled with humor, humility and heart. The Dating Charade offers an open-eyed look at the foibles of online dating and how to triumph over them.  This new to me author has crafted characters who are believable and come together in unique and heart-touching ways. I enjoyed the depth as well as the levity as this story developed and reached a most satisfying conclusion. A well-paced read to both appreciate and share.  Highly recommended – enjoy!

Enjoy this excerpt of The Dating Charade

Reflections From My Bookshelves, December 18

For Him and my Family, December 18

Through the Fire Blogs, December 20

As He Leads is Joy, December 28

With a Joyful Noise, December 29